Cool Camping in a Rental Karsten

Cool Camping listed site and one of our personal favourites, Town Farm Camping in Ivinghoe has just invested in a Rental Karsten Inflatable 350 Tent made from Tencate All Season Polyester (WM1) 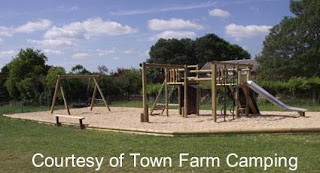 Chosen by the owner Charles for it's durability, resistance to wind, and sheer quality, it is available to rent. Link HERE.

This is a great site for all, especially families as there is lots  do to locally. We have already posted a review, so please check out archives. However, the latest upgrade to the site is a fantastic play area for the children.

For other sites offering Rental Karsten's in the UK and Europe, please click HERE
Posted by karstententclub at 19:30 No comments:

We have stayed at this site recently under recommendations from friends. It's within an hours drive from home and the weather was forecast to be good.

The site was  busy on arrival and we parked on the hard standing as the signs depicted. A lady approached and asked how many nights we were staying for and we paid. Quite who she was, hopefully the owner, but who knows?

We decided on a pitch about 120ft from the fantastic play area, but on hindsight this was still too close. The site is an open field, well drained, flat and surrounded by a tall hedge. Electric hook-ups are available, But for £10.00 non electric a night it proved good value. The single entrance/exit also gave a touch of security to the site. 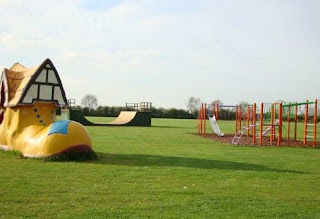 The next day we ventured to the small market town of St. Neots. This is a great town, situated on the river with a bustling centre with a good choice of pubs and restaurants. There is lots of open space for play and some great parks for the children.


On returning to the site, we discovered that our neighbours (who we had allowed a 6 metre gap from) had had friends arrive and pitch within the gap, shielding their little village with their vehicles. Lovely sight for us!  I just wish they told us their friends were turning up and we would have pitched further away to allow them more space! But hey ho!

Unfortunately for us, things went from bad to worse...

These are no rules as far as I could make out regarding noise. Unfortunately when you have a 3 and 5 year old being kept up until 2.30am by teenagers on the bike ramps drinking and shouting, whilst their parents party on the other side of the site, it puts me off returning. Even though it is a lovely site.

The site also allows fires, which is great, providing people are respectful of other campers. A small, managed fire in a pit outside your tent is one thing. Campers  fuelled by alcohol, stealing pallets to breakup to fuel their fire so flames are towering above their cars near your tent is another.

This together with another party of campers releasing the best part of 25 Sky lanterns, drifting precariously above other campers sleeping in their tents scares me.  In my opinion, there is a time and a place - On the beach with an offshore wind to sea!

The facilities on the site are great, the toilets and showers are clean, the onsite shop has freshly baked goods, and doubling up as the village store also retains reasonable prices. The price of the pitch is great, and really affordable and the site is well kept.

Undeterred I will return as I have read lots of good reviews of this site, and I'll be taking others advice and not going in peak season. I will also be pitching in sight of the play equipment but out of earshot!
Posted by karstententclub at 06:30 No comments: