We've moved into our New Tent Showroom and Camping Shop - just South of Cambridge. You can now view our tents and accessories all year - no need to wait for a display!!!


16 Blissful days off - Touring under Canvas 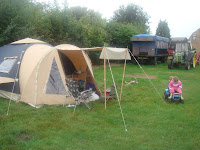 Dover to Calais and one and a half hours later we pulled into our first campsite on a working farm a few kilometres from Sluis on the Belgium/Holland Boarder.

Fantastic location, and the camping field was great (12 Pitches) and all the toys available, trampolines, ride on tractors, play equipment and a sandpit. As this was a working farm, there were all the animals to be seen as well as heard. The only thing that let this site down was the toilet facilities - very basic! 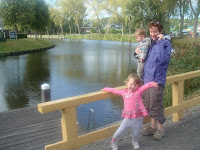 This aside, we were only a short drive from Brugees with all the architectural trapping of the magnificent city that it is and Sluis which was only a short cycle away had the canals, bistro's and bars of a busy small market town.


After 4 days exploring this area, we ventured up further north to near Katwijk. We stayed at a more commercial site (Koningshof) that hosted an indoor and outdoor pool, bar/restaurant and supermarket. We are only short drive away from the beaches at 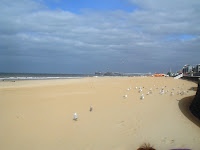 Katwijk, which were golden sand as far as you could see. Having taken our bikes, we were only a 20 minute cycle from Leiden, the student city with a busy centre housing every shop you could imagine.

Moving on we headed further north towards the top of Holland with the view of having a day to Texel, the first island off the Northern tip. We found a campsite inland, about 30 minutes drive from the island ferry and about 20 minutes from Karsten (lucky for us). Again, this site was a working farm, but more suited for camping (Link) - decent facilities, and fantastic play area in the middle of the family pitches, which all pitches looked out on to. 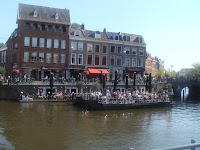 We had a day in Texel - caught the ferry and tried to explore by bike, but the wind was against us, and really should have paid the extra to take the car. Texel is quite a barron island, and if we were to visit again, we'll stick to the West of the island!

We visited Karsten again, and stocked up on more supplies. Having told them about the testing of the Human Comfort Range of camping products we had conducted and liked very much, we were taken aback when they asked us if we would like to distribute them in the UK. Hence they are being added to the Karsten Tent Club Website!

After a few days exploring, visiting theme parks and beaches inbetween chillin out, we took the long road south, stopping over just outside Brugees before catch the ferry back to the White Cliffs. Great Relaxing Holiday, but I did miss the English Country Side - Nothing like a hill to walk up!
Posted by karstententclub at 14:15 No comments:

A blustery start to our stay at Mablethorpe CCC site – Thankfully we were in our Karsten.

A great little site in the shadows of the nearby wind farm; but only a 15 minute walk from a magnificent beach with all the tourist trappings of a Victorian Seaside. 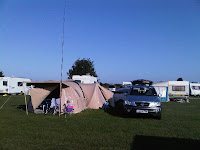 We played on the sand, and the children loved all the amusements and the fish and chips from the shop at the end of the campsite road were fantastic. Having said this, we found it very difficult to find a reasonable restaurant to eat in actually in Mablethorpe.

We had a trip out to Lincoln one day as it was only a 40 minute drive away. Stunning medieval streets, possibly the steepest I’ve climbed in the UK to the cathedral at the top.

If we ever stay at this site again, I would opt for the tent field without electricity, as I hate being in the middle of caravans with their TV’s on!
Posted by karstententclub at 13:09 No comments: